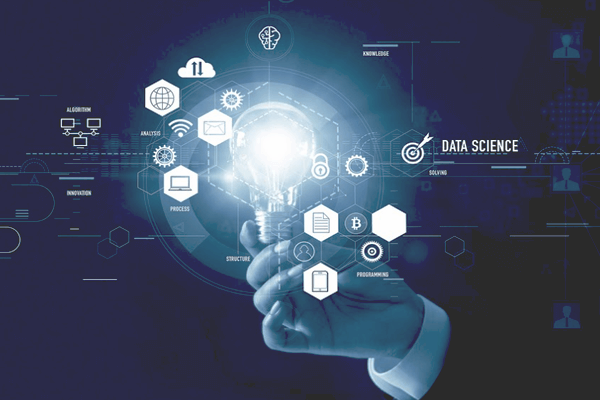 1. What Do You Essentially Mean By Data Science?

Data science is a field of study that combines mathematics, statistics, computer science, and business to extract insights from data. Data scientists use their skills to solve problems and make decisions by analyzing data. They work with large data sets to find trends and patterns, and they use this information to make predictions about the future.

2. What Do You Understand By Selection Bias And Mention Its Types?

Selection bias is a type of bias that happens when the selection of participants in a study influences the results. There are different types of selection bias:

Selection bias is a type of bias that occurs when the selection of participants or data for a study affects the results. There are many different types of selection bias, including:

3. Differences Between Supervised And Unsupervised Learning

4. What Is The Primary Goal Of A/B Testing In Data Science?

A/B Testing is a technique used in data science to compare the performance of two versions of a process or system. The goal of A/B Testing is to identify which version performs better so that the better version can be implemented.

A/B testing is a scientific way of comparing two versions of a web page or app to see which one performs better. The primary goal of A/B testing is to improve the user experience and increase conversions.

5. How Do You Build A Random Forest Model?

6. What Are Dimensionality Reduction And Its Benefits?

7. How Can You Avoid Overfitting Your Model?

There are a few ways you can avoid overfitting your model:

8. What Are The Feature Selection Methods Used To Select The Right Variables?

The feature selection methods used to select the right variables are:

Coefficient of Determination: This measures how much of the variance in one variable is explained by the other variable. The closer the coefficient of determination value is to 1, the stronger the relationship between the two variables.

Principal Component Analysis: This technique extracts the maximum amount of variation in a set of data by analyzing all of the variables together. It does this by creating new variables, called principal components, that are based on the original variables.

The most popular feature selection methods are:

9. How Should You Maintain A Deployed Model?

There are a few key things to remember when maintaining a deployed model:

10. What Is The Significance Of P-Value?

11. Write A Basic Sql Query That Lists All Orders With Customer Information

12. You Are Given A Dataset on Cancer Detection. You Have Built A Classification Model And Achieved An Accuracy of 96%. Why Shouldn’t You Be Happy With Your Model Performance? What Can You Do About It?

There are a few potential things you could do in order to improve your model’s accuracy:

The steps involved in making a decision tree are:

14. What Is Root Cause Analysis? What Is Logistic Regression?

Root cause analysis (RCA) is a problem-solving approach that seeks to identify the root cause of an issue, in order to find a lasting solution. Logistic regression is a type of statistical modeling that can be used to predict the probability of a particular event occurring, based on a set of observed variables.

15. What Are Recommender Systems?

Recommender systems are a type of artificial intelligence that are used to predict what a user might want to buy or watch. They are used to recommend items to users based on their past behavior.

There are many different types of recommender systems, but they all have the same goal: to recommend items to users that they may be interested in. In some cases, the items may be products that a user can purchase; in other cases, the items may be articles or other content that a user can consume. One of the most common types of recommender systems is called a collaborative filtering system. Collaborative filtering systems rely on feedback data from users in order to make recommendations. For example, if a user likes item A, the system will assume that the user may also like item B, C, and D. This type of system is often used to recommend products to users, based on their past purchases. Another

17. What Is Collaborative Filtering?

Collaborative filtering is a technique used to make recommendations to users based on their past behavior. It relies on the idea that if someone liked one thing, they are likely to like something similar.

Gradient descent methods always converge to similar points. This is because gradient descent finds the local minimum of a function, and all minimums are global minima.

19. What Are The Drawbacks Of The Linear Model?

20. What Is The Law Of Large Numbers?

The law of large numbers is a theorem that states that the average of the results of a large number of trials will be close to the expected value of the trial.

21. What Are The Confounding Variables?

Star schema is a data modeling technique used in business intelligence and data warehousing. It is a fact-based model that uses a central fact table surrounded by multiple dimension tables. The star schema gets its name because the fact table resembles a star when it is drawn in a diagram.

23. What Are Eigenvalue And Eigenvector?

Eigenvalues and eigenvectors are important concepts in linear algebra. An eigenvalue is a value that, when multiplied by a vector, produces a new vector that is unchanged. The corresponding eigenvector is the vector associated with the eigenvalue.

24. Why Is Resampling Done?

There are many reasons why resampling may be done. One reason is to improve the quality of a signal by interpolating between samples. This can be done to reduce aliasing or to make a signal more smooth. Another reason to resample is to change the resolution of a signal. This can be done, for example, to decrease the size of a file or to increase the number of points in a signal for further processing.

25. How Regularly Must An Algorithm Be Updated?

The frequency of updating an algorithm depends on the algorithm and the context in which it is being used. Generally, algorithms should be updated when new information about the problem or context becomes available.

26. What Is Selection Bias?

Selection bias is the tendency of a sample to be unrepresentative of the population from which it is drawn.

27. What Are The Types Of Biases That Can Occur During Sampling?

There are many types of biases that can occur during sampling. Some examples are:

28. What Is Survivorship Bias?

Survivorship bias is a cognitive bias that occurs when people focus on the survivors in a group while ignoring the non-survivors. This can lead to an inaccurate assessment of a situation because the survivors may be unrepresentative of the whole group.

Survivorship bias is the logical error of concentrating on the people or things that “survived” some process and inadvertently overlooking those that did not because they are no longer visible.

29. Why Is R Used In Data Visualization?

There are a few reasons why R is often used in data visualization. First, R is open source and free to use, which makes it a popular choice for researchers and data analysts. It also has a wide variety of built-in functions and libraries that make it easy to visualize data. Additionally, R is a relatively easy language to learn, which makes it a popular choice for beginning data analysts.

30. What Is The Difference Between An Error And A Residual Error?

31. Difference Between Normalisation And Standardization

Normalisation is the process of organising data in a database so that it can be easily accessed and used. This is done by creating tables and indexes, and then defining relationships between the tables. Normalisation ensures that the data is consistent and accurate, and that it can be retrieved quickly and easily.

Standardization is the process of ensuring that data is consistent and meets specific standards. This involves defining rules for formatting and entering data, and then enforcing these rules. Standardization makes it easier to compare data from different sources, and to use it for analysis or reporting.

However, it is important to note that the specific questions asked during an interview will vary depending on the company and the role.