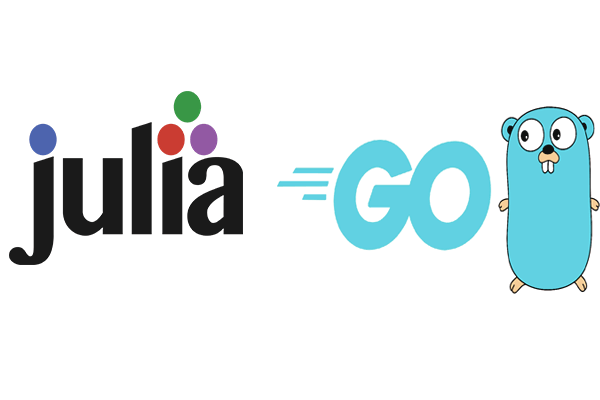 Creating software is hard. Creating software that’s fast, scalable, and maintainable is even harder. That’s why developers spend so much time thinking about the type of languages and tools they use when coding. New programming languages emerge almost every day, each with their own set of benefits and drawbacks. But which one is the best solution for your project?

In this blog post, we’ll explore two popular programming languages that are making waves in the developer community—Go and Julia. Which one is better for your next project? Let’s find out.

Go is an open source programming language, designed for scalability, concurrency, and ease of use. It is a statically typed, compiled language that runs on many modern operating systems. The designers of the language drew inspiration from languages like C, Java, and Haskell to create a general-purpose language that’s both easy to learn and has a large community. Go is primarily used for backend services or backend application development. Some of the most popular Go projects include Docker, Kubernetes, HashiCorp, and CockroachDB.

Golang is an open source programming language that makes it easy to build simple, reliable, and efficient software.

One of the reasons why Golang is gaining popularity is because it is very easy for beginners to learn. It has a very clean and simple syntax that is easy to read and understand. In addition, Golang comes with a lot of built-in concurrency features that make it easy to write programs that can take advantage of multi-core processors.

Another reason why Golang is becoming more popular is because it has a very robust standard library. This library includes a wide range of packages that can be used for everything from network programming to building graphical user interfaces.

Finally, Golang is gaining popularity because it is very efficient and fast. It has been designed from the ground up to be a very fast and efficient programming language. This makes it an ideal choice for developing high-performance applications.

Pros and Cons of Go

Julia is a high-level, general-purpose programming language that aims to combine the ease of use of Python with the speed of C. It is a high-level language that is designed for numerical computation, machine learning, artificial intelligence, and other scientific and technical fields. The language is open source and is maintained by a few large organizations, including MIT, the National Institutes of Health, and Google. Julia was designed to be fast and flexible enough for both large-scale commercial projects and research. Julia is primarily used for scientific computing, data analysis, artificial intelligence, and machine learning. Some of the most popular Julia projects include Kineticode, SDSC Ocean Conditions, Cascading, and Hydro-PE.

Julia is a high-level, high-performance dynamic programming language for technical computing, with syntax that is familiar to users of other technical computing environments. It provides a sophisticated compiler, distributed parallel execution, numerical accuracy, and an extensive mathematical function library.

Julia’s Base library provides a set of tools for standard programming tasks, such as numerical analysis, linear algebra, and string processing. In addition, the Julia community has developed a rich set of packages for a wide variety of applications.

Pros and cons of Julia

How are they different?

Let’s start off by taking a look at what these two languages have in common. Both Go and Julia are general-purpose, high-level languages that run on both the client and server side. They are both open source, and they both support multiple operating systems. And while they may seem similar at first glance, they’re actually quite different.

For one, Go uses static typing while Julia is dynamically typed. That means that in Julia, each variable is associated with a type and doesn’t change. In Go, on the other hand, the type of a variable can change as needed. Go is also more object-oriented than Julia, although both support OOP. General-purpose languages like Julia and Go are used for a wide variety of purposes, from number-crunching to web development.

Which language is better for your project?

There is no one-size-fits-all approach for selecting the right language for your project. However, we can draw some general conclusions based on the biggest differences between Julia and Go. Let’s start with performance. A computer’s processor is only as good as its instructions, so writing efficient code is crucial to getting the most out of your hardware. When it comes to performance, Go is the clear winner. It’s considered to be one of the fastest programming languages, and it’s been adopted by some of the biggest companies in the world. However, Go’s speed comes at a cost. Compared to Julia, Go has a steeper learning curve, a larger codebase, and a more complex debugging process. In other words, you’ll need to invest more time and resources to get the job done.

Which one is the easiest to learn

Both Go and Julia are general-purpose languages and can be used for a wide variety of applications. However, when it comes to ease of learning, Julia takes the cake. While there is no official way to measure language difficulty, linguists often use the “time to learn” metric to measure the time it takes for a person to become efficient in a language.

According to the Natural Language Processing (NLP) journal, it takes an average of 3,900 hours of study to become proficient in Go. In contrast, it takes just 2,400 hours to become proficient in Julia. That’s a difference of roughly two months in terms of study time! Julia is also easier to learn than other popular languages like Python and R. So if you’re looking for a language that’s simple to grasp and quick to master, Julia is a great choice.

Go and Julia each have their own set of benefits and drawbacks, so it’s up to you to decide which one is the best fit for your project.

In terms of performance and ease of use, Julia has the edge. That being said, Go may be a better fit for projects that require a complex, high-level language. No matter which language you choose, make sure to consider all of your options before making a decision.