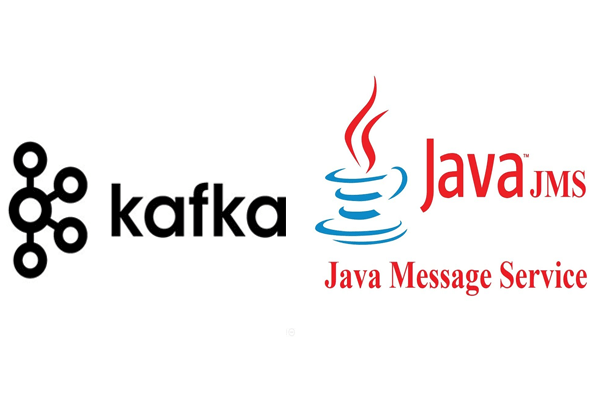 Messaging brokers are computer programs that allow communication between different applications, services, and systems. These brokers contain various data components such as producers/publishers, consumers/subscribers, queues, and topics that are used for sending and receiving messages.

Java Message Service (JMS) and Apache Kafka are two popular message brokers that are used by organizations for internal communication between departments and consumers, and for interacting with third parties. Developers use these two brokers to transport data between various applications.

What is the purpose of Apache Kafka?

Apache Kafka is a type of messaging system that follows the publish-subscribe model. It was created by the Apache Software Foundation, and is thus often referred to as Apache Kafka. The language used to develop it is Java and Scala. It is an open-source platform, with LinkedIn being its original author. Kafka is designed to pass messages from one point to another, and allows users to both publish and subscribe to streams of records. It was first released in 2011, with its last upgrade happening in May 2022.

What is the meaning of JMS (Java Message Service)?

Java Message Service (JMS) is a kind of messaging service that enables computers to communicate with each other via a network. It is an Application Programming Interface (API) for sending and receiving messages. With JMS, a point-to-point model is employed for communication purposes; which basically allows software applications created with diverse programming languages to interact with each other.

Differences between Kafka and JMS

Kafka gathers data in the shape of topic logs, providing distinctive topic-based partitioning. Each log can be divided into multiple logs on different nodes in the Kafka cluster. By doing so, the burden of saving, writing, and processing messages is split in Apache Kafka. On the other hand, JMS users must initially divide the messages for distribution and delivery to the subscribers. The messages wait in the JMS queue before the platform pushes the messages to the consumer.

Kafka provides dynamic routing using a ‘Topic name extractor’ that allows nodes in the Kafka stream to determine the name of topics for sending records. After extracting data from various streams, event routing takes place in new Kafka topics. Routing in JMS is relatively complicated as users must choose between two routing types, namely header and message routing. With header routing, users don’t need to parse data, while in message routing, XML is necessary to parse data. Programmers must choose the type of routing for different software applications.

An important distinction between Apache Kafka and JMS is the way in which messages are transmitted. Apache Kafka is a pull-based messaging system, and consumers take messages from the broker. On the other hand, JMS-based services are push-oriented, meaning providers push messages to their consumers.

A significant advantage of Apache Kafka over JMS is its ability to select which message to read first, unlike JMS which utilizes the First in First Out approach based on its queuing features. With Kafka, the capability to go back to a message and decide when to read it gives it an edge over JMS.

With Apache Kafka, it is not possible to apply filters to exact phrases on the server side. To do this, you must make changes in the application coding. However, JMS Message selectors provide the option of setting desired filters, eliminating the requirement for additional application-level filtering.

The capabilities of Apache Kafka that make it more scalable than JMS are quite clear. Additionally, its ability to automatically duplicate messages without sacrificing its simplicity ensures higher accessibility. The following table shows the distinction between Kafka and JMS:

Which one is more suitable: Apache Kafka or Java Message Service?

Apache Kafka and JMS are both powerful tools, and it’s important to comprehend the situations in which one may outperform the other.

When choosing a message brokering system for the project, software developers need to consider the size and requirements. JMS is a good fit for those applications that involve multiple nodes in a cluster.

On the other hand, Kafka is suitable for projects that require dealing with a large amount of data. It is important to know the unique characteristics of the two systems before making a decision.

Are you a software developer in search of a job? Turing is the perfect place to find your dream remote job in a US organization. It offers promising career prospects and a good salary. To find out more, head over to the Apply for Jobs page.