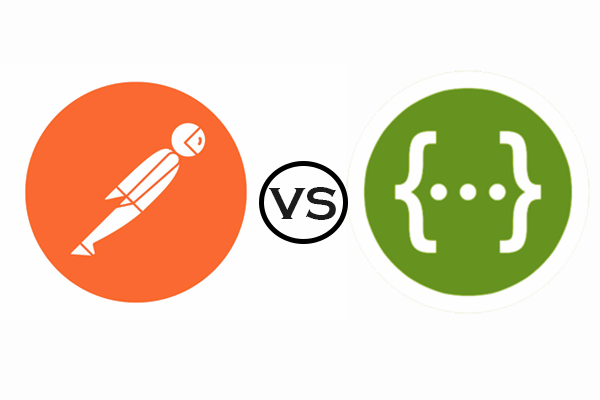 As a software developer, you may be familiar with the term “API”. It stands for Application Programming Interface, which is a set of protocols and tools used to build software applications. When it comes to developing APIs, there are two key tools on the market today – Postman and Swagger.

Python Vs Scala
PySpark vs Python

Postman is an API development platform designed to make it easy to test and debug APIs. It consists of a desktop application that is used for creating requests, sending them through various servers, and viewing the responses from those requests. The Postman application also supports collections, allowing developers to group related requests into folders for easier organization. Postman also offers features such as automated testing and debugging, environment variables for sharing data across multiple requests, mock servers for simulating server responses without writing code, real-time collaboration with other developers, and more.

Swagger is another popular option when it comes to developing APIs. Unlike Postman, however, Swagger is a framework rather than an application – meaning that developers must use their own code to create their requests and view the response data. It’s important to note that while this may sound like a disadvantage compared to Postman’s simple click-and-go interface, the fact that Swagger requires coding actually makes it more powerful than its counterpart in certain situations. This is because developers are able to customize their requests as needed (such as by setting variables or adding authentication details) instead of being restricted by pre-defined options like with Postman. Furthermore, since Swagger integrates with existing languages such as Java or Python, developers don’t have to learn a whole new language just to use this tool.

Differences between Postman and Swagger

Postman and Swagger are both popular tools used by developers for working with APIs, but they have different features and use cases. Here are some key differences between the two:

Postman has a user-friendly interface that makes it easy for developers to test and debug APIs. In contrast, Swagger’s interface is more focused on designing and documenting APIs.

Postman allows developers to share their API requests and collections with other team members, making it easy to collaborate and communicate. Swagger also allows for collaboration, but its main focus is on documentation and management.

Postman allows developers to write test scripts for their APIs using JavaScript. These scripts can be used to automate testing and perform continuous integration. In contrast, Swagger doesn’t have built-in support for test automation, but it can be integrated with other tools for testing and monitoring.

Swagger provides a framework for designing and documenting RESTful APIs. It allows developers to define their API endpoints, request and response models, and authentication methods in a standardized way. It also generates interactive documentation for the API. On the other hand, Postman doesn’t have the API design and documentation capabilities, and it’s mainly focused on testing and debugging.

Support for multiple languages and platforms

Swagger provides support for multiple programming languages such as Java, C#, Python, and Ruby. It also supports a wide range of platforms, including Node.js, Spring Boot, and Express. Postman also supports multiple languages and platforms, but its focus is on testing and debugging.

Both Postman and Swagger are excellent options when it comes to developing APIs – but each has its own strengths and weaknesses depending on the individual project requirements. While Postman offers an easy-to-use interface with lots of helpful features out of the box (such as automated testing), using Swagger provides greater customization options due to its reliance on code instead of clickable options.

Ultimately though, both tools provide great solutions – so it simply comes down to personal preference! A good way to decide which tool would work best for you might be trying out both Postman and Swagger in practice projects before committing either way!