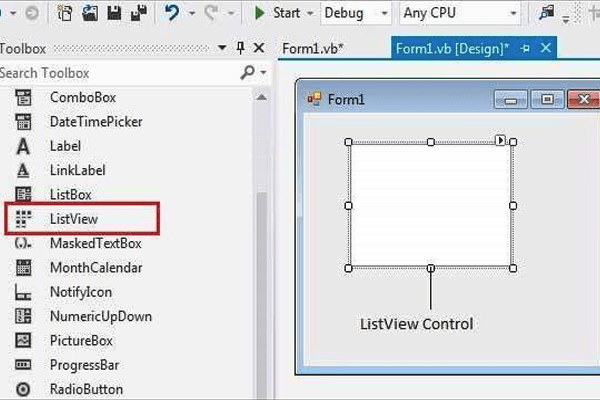 VB.net is a programming language that enables software developers to create software with a well-defined object-oriented structure.

VB.Net is a Microsoft programming language that allows developers to create Windows applications and web applications. It is a derivative of the Visual Basic programming language, and it shares many of the same features. However, VB.Net also includes features that are specific to the .Net platform, such as support for object-oriented programming and garbage collection.

Some advantages of VB.net include:

4. Difference Between Vb And Vb.Net

The main difference between VB and VB.NET is that the latter is an object-oriented language while the former is not. In addition, VB.NET has a number of features that make it more powerful and concise than VB, including: Support for structures and enumerations, Option types, Lambda expressions, Type inference.

VB and VB.NET are both versions of the BASIC programming language, and as such, share a large number of similarities. However, there are also some significant differences between the two languages. One of the most notable differences is that VB is a Visual Basic application, while VB.NET is a Visual Basic .NET application. This means that VB.NET has been updated to include features found in more recent versions of the Microsoft .NET Framework, while VB has not been updated since 2003. Additionally, certain features that are available in VB.NET but not in VB include enumerations, generics, and LINQ.

5. What Is The Latest Version Of Vb.Net?

Visual Basic .NET is a programming language developed by Microsoft. It is the successor to Visual Basic 6.0 and Visual Basic for Applications (VBA), which is used in Microsoft Office.

6. Difference Between .Net And Vb Net

Net is a Microsoft framework that is used for developing software. It is a successor to the ActiveX and COM. Net provides a number of features such as garbage collection, type safety, versioning, and security. It also promotes rapid application development. VB Net is a Visual Basic language that uses the Net framework. It has been designed to be more user-friendly than traditional Visual Basic.

7. Difference Between C# And Vb.Net

C# and VB.NET are both Microsoft programming languages that share a lot of common features. However, there are some key differences between the two languages. First, C# is a strongly-typed language, while VB.NET is not. This means that in C#, you must declare the type of every variable you use, while in VB.NET variables are automatically typed by the compiler. Second, C# has a more concise syntax than VB.NET, meaning that code written in C# is often shorter and easier to read. Finally, C# supports object-oriented programming features such as inheritance and polymorphism, while VB.NET does not.

VB.NET and C# are both Microsoft languages that are similar in syntax but offer different features. For example, C# is more strongly typed than VB.NET.

JIT stands for Just In Time compiler. This is a compiler that compiles your code as it is executed. This provides a number of benefits, including faster execution time and the ability to use more advanced features of the language.

9. What Are An Assembly In Vb.Net?

Assemblies are collection of classes and resources that are compiled into a single unit. They are used to deploy and manage components in a .NET application.

Enumerators are objects that allow you to iterate through the items in a collection, such as an array or a list. They provide a convenient way to access each item in the collection without having to know its position in the sequence.

11. What Are Option Strict And Option Explicit In Vb.Net?

Option Explicit forces you to declare all variables before using them. Option Strict enforces type checking on variables, so you can’t assign a string to a number variable, for example.

12. Differences Between Dispose And Finalize() In Vb.Net

13. What Do You Mean By Garbage Collection In Vb.Net?

Garbage Collection is a process that allows the .Net runtime to reclaim memory from objects that are no longer needed. This is done by detecting when an object is no longer referenced by any code in the application, and then destroying the object and its memory.

15. Difference Between Dataset And Datareader?

A dataset is a collection of data that is stored in memory or on disk. A data reader is an object that provides sequential access to a block of data.

Dataset and DataReader are both objects that allow access to data. However, they have different purposes. A dataset is designed to be used as a data source for reporting or other data-centric operations. A data reader, on the other hand, is designed to provide fast, random access to data rows.

16. What Are Nested Classes?

In VB.Net, TRACE is a keyword used for writing messages to the Output window. These messages can be helpful for debugging purposes, as they will show up in the window regardless of whether or not the program is running in debug mode.

The Trace.Write() and Trace.WriteLine() methods write text to the trace output.

18. Explain Authentication And Authorization In Vb.Net

There are three access modifiers in VB.NET: Public, Protected, and Private.

A hashtable, also known as a hash map, is a data structure that pairs keys with values. The basic components of a hashtable are:

When you want to lookup a value in a hashtable, you first compute its hash value. This is just a number that is computed from the key using a hashing function. You then look up the bucket that contains that hash value and scan through it until you find the entry for the key you’re looking for. If you don’t find the key, then the hashtable doesn’t contain that key/value pair.

21. Explain The Mouse Events In Vb.Net?

22. What Is Redim Variable In Vb.Net?

A Redim variable is a declaration statement in VB.NET that reserves a block of memory for an array. The Redim statement can also resize an existing array, by specifying the new size for the array.

23. What Is Data Validation In Vb.Net?

In programming, data validation is the process of ensuring that data input by a user or another program is correct and appropriate for the application. Data validation can help to prevent accidental data loss or corruption, and to ensure that the data meets the specific requirements of the program. In VB.NET, you can use various built-in data validation functions to check whether input data is numeric, alphabetic, within a certain range, and so on.

25. What Is Message Box Function In Vb.Net?

Message box function in VB.Net is a function that pops up a message box on the screen. The message box can contain text, buttons, and other controls.

The MessageBox.Show() function is used to display a message box with a specific message, title, and buttons.

26. Difference Between Int And Int32 In Vb.Net

27. Types Of Authentication In Vb.Net

28. What Is Global Assembly Cache In Vb.Net?

30. What Is Strong Name In .Net Assembly?

A strong name is a unique name that identifies a Microsoft .NET assembly. It consists of an assembly’s name, its version number, and a public key token.

31. What Is Internal Keyword In .Net Framework?

internal is a keyword that can be used in two ways in C#:

The INTERNAL keyword is used to declare a field or method as being internal to the current assembly. Internal members are accessible only from within the assembly in which they are declared.

32. What Is Redim Keyword And Its Use?

ReDim keyword is used to declare an array and to resize an array.

Jagged arrays are arrays of arrays. In other words, each element in the array is itself an array. This can be useful when working with data that is arranged in a specific way. For example, if you wanted to store information about employees’ first and last names, you could use a jagged array. The first column of the array would hold first names, and the second column would hold last names.

VB.net is a programming language that allows developers to create software with a well-defined structure. It has a straightforward syntax and is easy to learn, making it a popular choice for beginners. Additionally, VB.net applications tend to be more reliable and faster than those written in other languages.